Be Inspired | Do Good:

Greg StClair, the President of the Roanoke Rampage Fire and Police Football team, was born and raised in the Roanoke Valley. He graduated from Salem High School, moved to Roanoke County, and became involved with transportation and Roanoke County Fire. He joined Station 5 in Hollins in the mid-90s and stayed put for over twenty years. Now Greg and his wife of twenty-three years still live in Roanoke County with their three children.

The Roanoke Rampage Fire and Police Football team is a non-profit charity and an official football team registered with the National Public Safety Football League. Police, firefighters, and other members of safety agencies around the country compete in four football games per year. Roanoke Rampage has already competed in three games and their last one is coming up on June 3 (more details below.) The team also has two missions they hope to accomplish: to raise funds and awareness for local and national charities and to increase the goodwill among safety agencies in Roanoke.

One of the greatest benefits of the football team is showing the engagement of first responders to the communities they serve. Firefighters tend to have an easier job at creating a positive image because their role is to save, while police offers are here to enforce the law. With the negativity in the media and their purpose as law enforcement, police officers are either loved or hated. Hopefully, this football team will show that police officers are human too and care about the communities they serve.

As the President of a non-profit organization, Greg shared one of the biggest challenges to promoting his mission. There are a lot of charities locally and nationally that require funding and, like other businesses, the competition starts to build. Many charities exist with a good cause and having charities compete for finances is not fair. Greg’s challenge is to receive financial support while not taking it away from other charities. He also needs to create awareness for Roanoke Rampage. While it may not grow as big as the Red Cross, he hopes for it to make a big impact in Roanoke.

Join Roanoke Rampage as they take on the Cleveland Warriors at home on June 3rd! 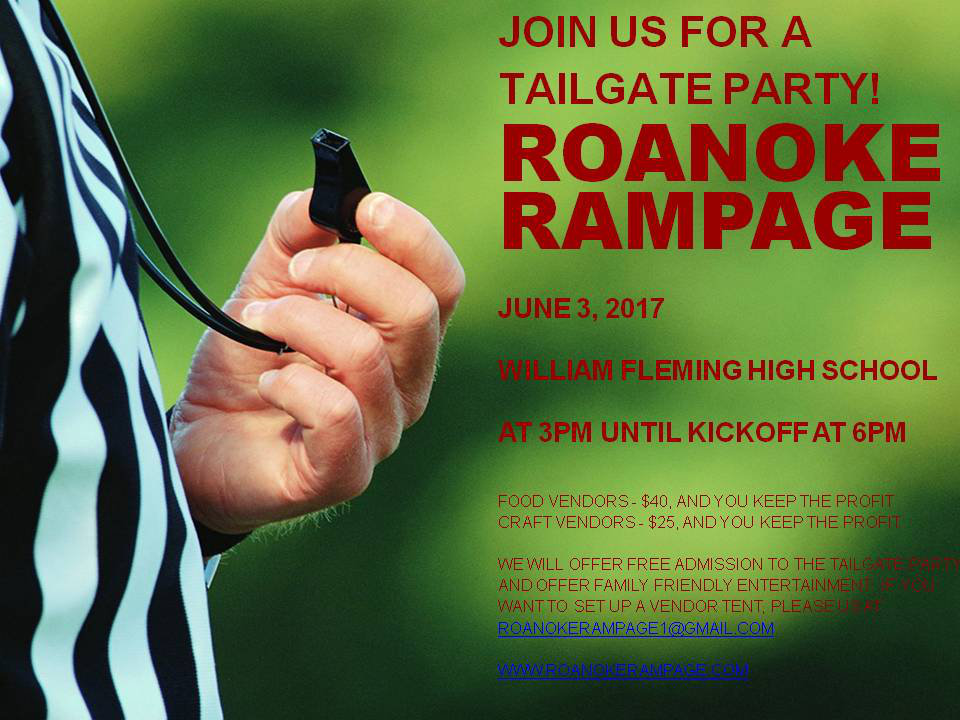 LINKS AND RESOURCES FROM THIS EPISODE:

Thanks for joining me again this week. If you have any tips, suggestions, or comments about this episode, please be sure to leave them in the comment section below.

If you enjoyed this episode, please share it using the social media buttons below. Thank you!

Be Inspired | Be Good Bart Smith, the Director of the Roanoke Regional Small Business Development Center (RRSBDC), has an impressive resume that ranges from UPS Store owner to town councilman to flight instructor. He has held a lot of positions, all of which allow him to effectively advise businesses in Southwest Virginia. He works […]

Be Inspired | Do Good: Greg King’s first job was selling doughnuts in high school.  From there he entered the Army, became a pilot, worked at the pentagon, contributed to our nation’s safety and freedom, and retired as an Army Colonel in 2005. But Greg wasn’t “finished.”  His entrepreneur spirit and inquisitiveness led him to […]

Be Inspired | Do Good Interview with Rick Morrison, the CEO/Founder of Inspired Solutions LLC: This week, we talk with Rick Morrison, who is the founder of Inspired Policing Solutions, a faith-based consulting and training organization that is geared towards organizational transformation for businesses, non-profits, and law enforcement agencies. Before launching this business, Rick served […]